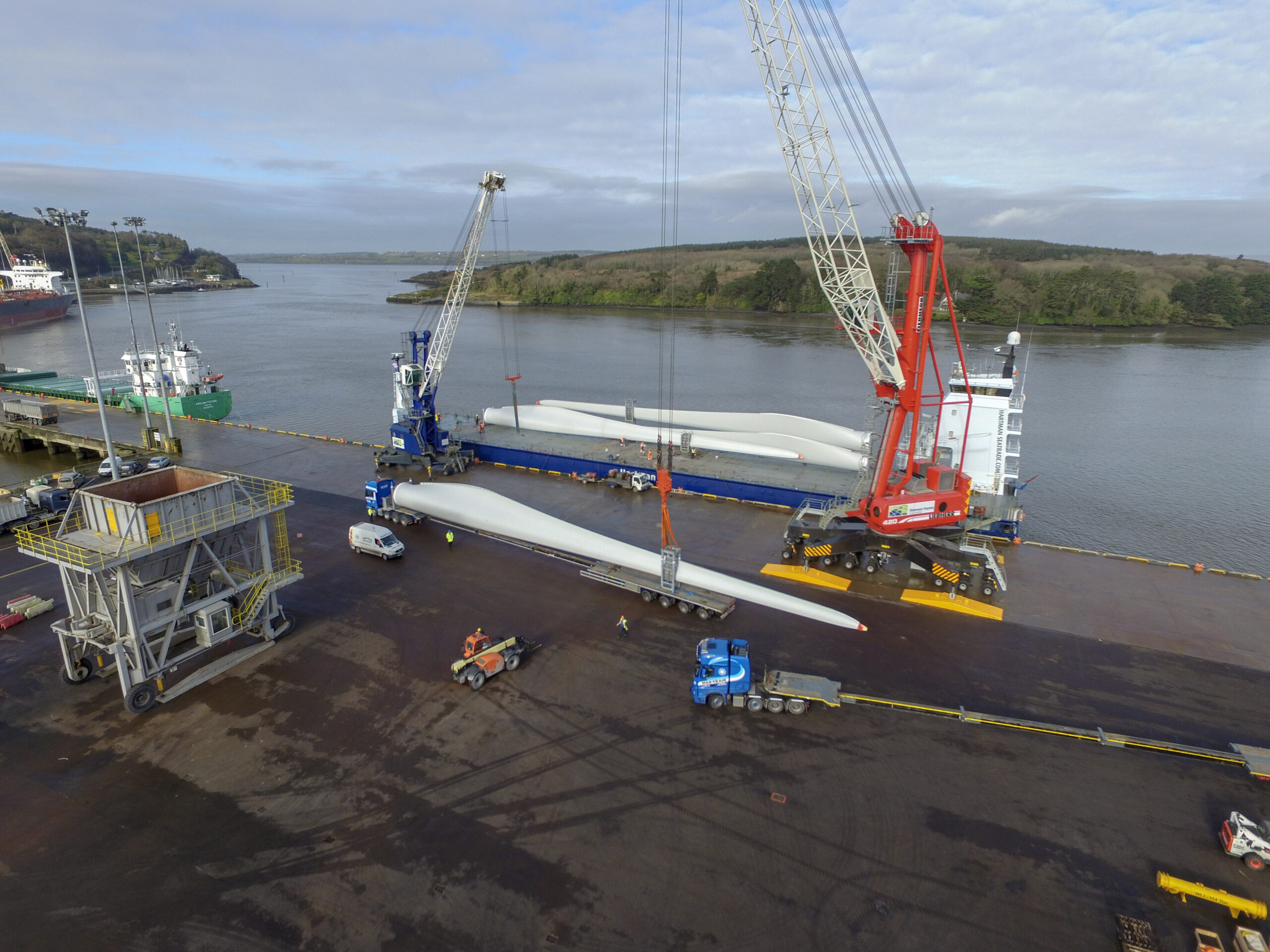 Friday, April 9th 2021:  Shannon Foynes Port Company (SFPC) has today welcomed the ESB-Equinor joint-venture for Ireland’s largest land or sea based wind-farm and an associated hydrogen plant at Moneypoint as the start of an unprecedented and transformative opportunity for the region and nation.

Responding to today’s announcement of the multi-billion investment, SFPC Chief Executive Mr Keating said that it validates the enormous potential of the Shannon Estuary and west coast as a global renewable energy hub and the efforts of the port authority and other stakeholders to promote this opportunity over recent years.

“This is a hugely positive day for ESB and Equinor but also for everyone who has been working tirelessly over recent years to promote this unprecedented opportunity for Ireland. We have one of the world’s great energy renewable resources, with the Atlantic wind resource considered amongst the best in the world.  But we now finally have the wherewithal to use it because of the advancement of floating offshore wind technology and hydrogen generation. Put these elements together and we have the resource, the technology and base to transform Ireland into one of the world’s leading renewable energy locations,” he said.

Mr Keating continued: “Today’s announcement is for 1,400MW of floating offshore wind and a green hydrogen production facility, which is huge in its own right. But we see it as just a start, albeit a critical and very impressive one. Last December we published a report estimating that the available wind resource of the west coast can generate up to 70GW of floating offshore wind energy, which is multiples of what we require as a nation, and it also identified potential for large scale hydrogen generation.  So today is a brilliant beginning in realising that potential.

“The sustainable development of this renewable resource will allow Ireland to meet its climate action targets not only for energy generation but also, in time, in the carbon intensive transport sectors. In addition, due to the scale of the Atlantic wind resource and for the first time in its history, the country could become a significant global renewable energy exporter. This will deliver a lucrative new revenue stream for the exchequer while transitioning to a low carbon economy.”

Mr Keating said that the opportunity will also help achieve national targets for balanced economic development. “The opportunity from floating offshore renewable energy installations here on the west coast and the huge supply-chain potential that will come with it will deliver the type of balanced economic growth that Project Ireland 2040 rightly aspires to. For example, our report launched last December conservatively estimated that up to €12bn in associated supply chain investment could be located on the Shannon Estuary by 2050.”

Said SFPC Chairman David McGarry: “If we grasp this opportunity in the way that today’s announcement indicates we will, we are potentially looking at tens of thousands of jobs right up and down the west coast. A very significant concentration will be here on the Shannon Estuary thanks to our deep-water port, which is essential for supply-chain activity, but the opportunity really is limitless for the wider western seaboard.

“As the statutory authority for the Shannon Estuary, we look forward to working closely with both ESB and Equinor to make sure that this new era gets the best possible start as this very exciting initial off-shore floating wind and hydrogen generation plant investment takes hold.”