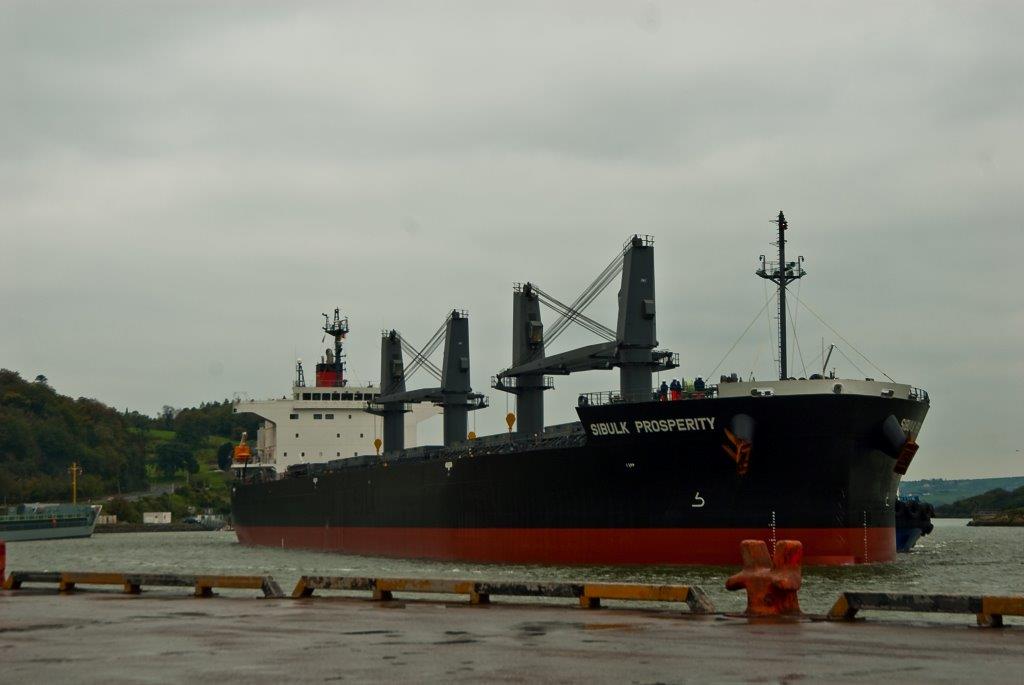 SFPC welcomes Government, Ministers and Department of Transport, multi-port approach for the development of Irish Ports for ORE as outlined in its new Port Policy Statement.

Policy will encourage ports to apply for EU funding

The Department of Transport has published a Policy Statement setting out the strategy for commercial ports to facilitate offshore renewable energy activity in the seas around Ireland. The Policy Statement, noted by Government last week, will also assist Ireland’s commercial TEN-T ports in applying for EU funding to develop new infrastructure. It’s part of a series of Government measures to prepare for a massive expansion of offshore renewable energy, including the passing last week of the Maritime Area Planning Bill.

The Programme for Government set a target for 70% of electricity to be generated from renewable sources by 2030 and for 5GW of offshore wind by 2030. The Climate Action Plan published on 4th November 2021 (CAP 21) has since increased the target to up to 80% renewable electricity by 2030.   Both plans also set out how Ireland will take advantage of the potential of at least 30GW of floating offshore wind power in our deeper waters in the Atlantic.

Given Ireland’s increased ambition in Offshore Renewable Energy and pending a review of overall National Ports Policy, the Department of Transport, in conjunction with the Irish Maritime Development Office (IMDO), conducted an assessment of the options for Irish State ports to facilitate the ORE sector and assist in Ireland achieving its emission reduction targets.

On receiving the recommendations of that assessment, the Minister for Transport has decided that a multi-port approach will be required. A number of ports will be required to provide facilities for the different activities at several locations around the country and at different times for the various phases of the fixed and floating ORE developments.

This will maximise the economic benefits at both regional and national level in terms of job creation and new SME enterprises in areas such as engineering, fabrication, transport and logistics, and other technologies.

With one of the best offshore renewable energy resources globally, there is very significant potential in utilising these resources to generate carbon-free renewable electricity. The development of this vast resource can enable Ireland to enhance the security of energy supply by substituting imported fossil fuels with indigenous renewable resources and, potentially, by developing an export market in green energy, either through electricity export from interconnectors or from power to gas such as hydrogen generation. Greenhouse gas emissions will be reduced, while delivering growth to the economy and supporting regional development.

‘Offshore renewable energy developments will typically require both large-scale port infrastructure for project deployment and smaller-scale port facilities to provide ongoing operation and maintenance services. Around the Irish coast, ORE projects will develop in several phases. To meet Ireland’s target of 5GW by 2030, it is clear that more than one port will be required. This will mean new jobs and new businesses in and near our ports, to support the development of offshore wind at various locations, beginning on the east coast and expanding to the west coast at a later stage.

This approach is best suited to deliver the offshore renewable energy targets set out in the Programme for Government and the Climate Action Plan 21, and to position Ireland to take advantage of the economic opportunity created by the roll out of both fixed and floating offshore wind in Irish waters.

This Policy Statement makes it clear to the offshore industry that the Government is committed to the provision of port facilities in Ireland for ORE developments, and I would encourage our TEN-T ports to apply for the EU funding that has recently been made available for this sector.’

A number of ports and private entities are already progressing plans to provide the facilities and infrastructure required to assist the ORE sector to develop in Ireland. This Policy Statement endorses that development.

The plans underway include preparations for the provision of large-scale deployment facilities at Rosslare Europort and at Cork Dockyard facility (formerly Verolme Dockyard) located within the limits of the Port of Cork.  Drogheda Port is also proposing developing largescale deep water port facilities on the East coast and Shannon Foynes Port Company and ESB are planning largescale development within the Shannon Foynes estuary.

Wicklow and Arklow have already entered arrangements with individual ORE project developers to serve as operation and maintenance bases.

It is recognised that there will be opportunities for other ports such as the ports of Waterford, Galway, Bantry under the Port of Cork, and the Fishery Harbour Centres of Ros an Mhíl, Killybegs and Castletownbere which are under the remit of the Department of Agriculture, Food and the Marine.

The Department of Transport will establish a ports co-ordination Group to coordinate port responses and maintain policy alignment.

A cross-departmental Offshore Renewable Energy Team, chaired by the Department of Environment, Climate and Communications, is being established to capture wider economic and business opportunities associated with the development of offshore renewables in Ireland. This will include the identification of supporting infrastructure development and supply chain opportunities as Ireland’s offshore wind industry is developed.

‘This Policy Statement gives clarity to the ORE sector and ports and I would strongly encourage ORE developers and ports to engage in meaningful commercial discussions. This will ultimately allow investments that are commercially viable in the long-term progress without undermining the ability of any port to meet its primary obligations in relation to the facilitation of international trade.

This year, the criteria for Connecting Europe Funding facility (CEF) which is the funding instrument for the EU’s Trans-European Transport Network (TEN-T), was extended to allow partial funding for ORE related port infrastructure. This is a competitive process with the possibility of successful eligible TEN-T applicants obtaining significant grant funding of up to 50% of eligible costs for studies and up to 30% of infrastructure works costs. My Department will assist, as appropriate, those applicants that are eligible to put forward applications for studies or works under the CEF calls’.

The Ministers also extended their thanks to the Irish Maritime Development Office for their assistance in the assessment process.