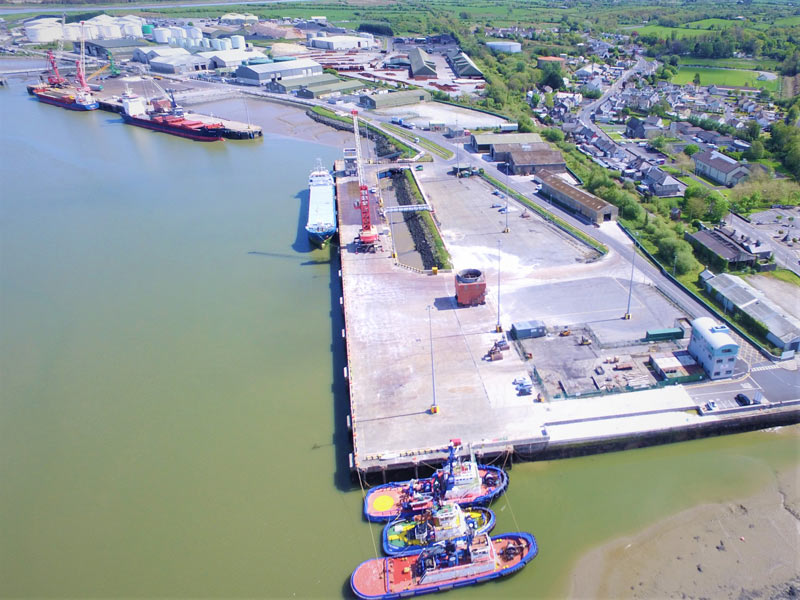 The record profit was achieved despite an overall reduction in tonnages on 2018 – a record year for tonnage throughput thanks to elevated agricultural inputs arising from the drought-imposed fodder crisis.

Speaking on the publication of the report today, CEO Pat Keating said that while there will be short-term tonnage losses due to the reduction in fossil fuel imports, particularly the ending of coal imports for electricity generation stations, the global move to address climate change creates an unprecedented growth opportunity for the company and region.

The natural deep-waters of the Shannon Estuary, making it ideal for industry, combined with what are among the world’s most reliable winds off the west coast, is creating the perfect opportunity for the region to become an international green energy hub facilitating offshore floating wind development, he said.
The report revealed that since 2011 – the base year of the company’s masterplan, Vision 2041 – tonnage at Shannon Foynes Port’s general cargo terminals have increased by 56%.

However, while year-on-year overall tonnage throughput decreased by 10% to 9.6m tons, with reduced imports of coal for electricity generation accounting for most of this reduction, turnover decreased by a lesser 4.6% to just under €14m, down from €14.7m in 2018, highlighting the robust performance of Limerick and Foynes terminals.
In the report, Mr Keating said that Foynes, the company’s largest general cargo terminal, recorded its second highest tonnage throughputs ever while Limerick Port continues to facilitate near historically high throughputs.

“A positive consequence of our performance in recent years, including for 2019, is that we are now much less reliant on third party terminals for profit and cashflow generation. For example, five years ago third-party terminals accounted for circa 75% of operating profit where today this proportion has reduced to less than 25%,” he said.
The port company remains confident, subject to Covid-19 impact, that there are significant opportunities to grow and expand the Port at the operating level arising from decarbonisation and renewable energy. In order to continue the upward growth trajectory of its own terminals, the company has committed more resources to business development and will continue to invest in capacity enhancing infrastructure.

Following on from the completion of Phase 1 of its infrastructure investment programme, which cost €12m, the company has received planning permission for the follow-on Phases, II to IV. These phases consist of new quay construction of 117m to join the East and West Jetties, infilling for associated quay set down together with the development of a 38-hectare site at Foynes as a port logistics park. During 2019, detailed design and procurement evaluation was completed for Phases II to IV with construction expected to commence within the next six months.

Chairman of Shannon Foynes Port Chairman David McGarry said that while it is early days in the Vision 2041 plan period, the company is very much on track to achieve its growth projections.

The Board, he said, developed its Five-Year Strategic Plan 2020–2024, prior to the Covid-19 breakout. “In this plan, we have identified capital expenditures totalling €44.4million to develop our Port facilities. This expenditure is necessary in order to place the Port at the forefront to capture the exciting opportunities that will be presented in the future such as those around decarbonisation and floating offshore wind,” the Chairman stated.

Mr McGarry said that the company believes Brexit can see the Port play a much greater role in moving freight to Europe and beyond than heretofore, rather than through the UK. This can help alleviate the transport congestion around Dublin and redistribute economic well-being throughout the country, he added.