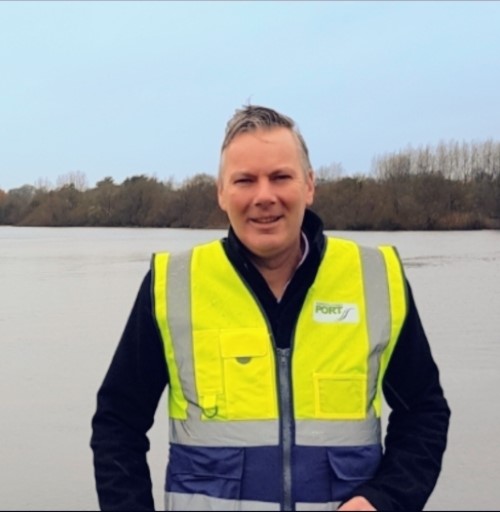 The sound underlying operational strength of the company saw tonnage reduction mitigated to just 1.9% year on year, despite the unprecedented challenges arising from COVID-19, which heavily impacted core markets such as the construction and transport sectors.

The performance was, however, underpinned by robust cash management and cost control measures in response to the pandemic. Accordingly, costs were reduced, as evidenced by returning EBIDTA margin of 42.9% (2019: 43.3%) and reporting EBITDA of €5.6m (2019: €6.1m). Capital spending was also reviewed and deferred in certain instances.

In addition, the company, for the first time in its history, is in a net cash position as cash balances now exceed gross debt.

In line with the onset of COVID-19, Q2 saw the largest negative impact on related cargoes and throughputs but a final quarter surge, which saw the company exceed performance year-on-year for the same period by 10.1%, resulted in tonnages overall close to parity with 2019.

“Given the aforementioned circumstances, we believe this is a solid performance, particularly in the contest of the fixed cost nature of port operations,” CEO Pat Keating stated.

Mr Keating stated that Brexit had little or no impact on 2020 performance, with the last-minute Brexit deal bringing certainty and being welcomed by the agricultural sector – an important sector for SFPC. However, it is clear from recent issues around the Northern Ireland protocol that Brexit risks remain, while the energy sector, particularly security-of-gas supply, is directly impacted by Brexit. This is a national issue and confounded by our country’s extensive reliance on electricity generation from gas, he said.

Despite the very challenging year, the company remains very much on track with its Vision 2041 strategy launched in 2011. “Since 2011 tonnage at our general cargo terminals, and accounting for the Covid19 2020 contraction, increased by 45%. Over the 10year period from 2010, net assets have increased by 245% to €47.0m (2010: €19.2m), with annual net operating cashflow increasing by over 180% over the same period. Indeed, we are of the view that Vision 2041 projections could be considered conservative in light of projected population growth and climate action requirements.”

The port company has, he said, a major role to play in relation to the latter as it is widely recognised by the offshore renewable sector as having significant comparative advantage. “SFPC’s harbour, the Shannon Estuary is a unique natural resource as it is the only waterbody in Ireland and one of the few across Europe that can facilitate the largest ships. With new ship builds trending ever larger this advantage is now becoming much more relevant than heretofore. Accordingly, there exists real potential to develop the Estuary as a maritime deep-sea hub,” he said.

Original projections as per the company’s Vision 2041 masterplan could now be considered “on the conservative side of the scale” and among the target areas for growth include organic growth, establishing the Shannon Estuary as an Offshore Renewable Energy (ORE) Hub for floating offshore wind energy, facilitating alternative fuel transhipment/production (Hydrogen, Ammonia, LNG), establishing a logistics and global transhipment hub at Foynes and implementing the Limerick Docklands Strategy.

However, key infrastructure required for this to happen will include the Limerick to Foynes road scheme, the need for which “cannot be emphasised enough”, said Mr Keating. Other investments required will include the Limerick to Foynes rail line for freight use; provision by SFPC of new port capacity, including jetty extension, new quay side set down and enabling works for 90 acres of port storage and warehouse facilities; advancement on the Limerick Docklands Strategy.

Looking forward, the chairman said that climate action momentum continues to build in favour of the port. “Due to its proximity to the Atlantic Ocean’s wind and wave resources and its many other comparative advantages, the port is very well positioned to facilitate coastal Atlantic offshore energy developments and was strongly supported in this by the sector during 2020. We continue to focus on and facilitate the positioning of the Port as a marshalling port for Atlantic offshore renewables.”

Another objective is to implement unitised services from Foynes, with population growth freight demand associated with population growth set to put enormous incremental pressure on the existing unitised supply chain in Ireland. The commencement of new services from/to Foynes will, on completion of the Foynes to Limerick Road Scheme, provide new unitised capacity to the national supply chain within two hours travel time of roughly 40% of the country’s unitised market.

“The Port therefore can play an increasing role in moving freight to Europe and beyond and help alleviate the transport congestion around Dublin and redistribute economic well-being throughout the country.”