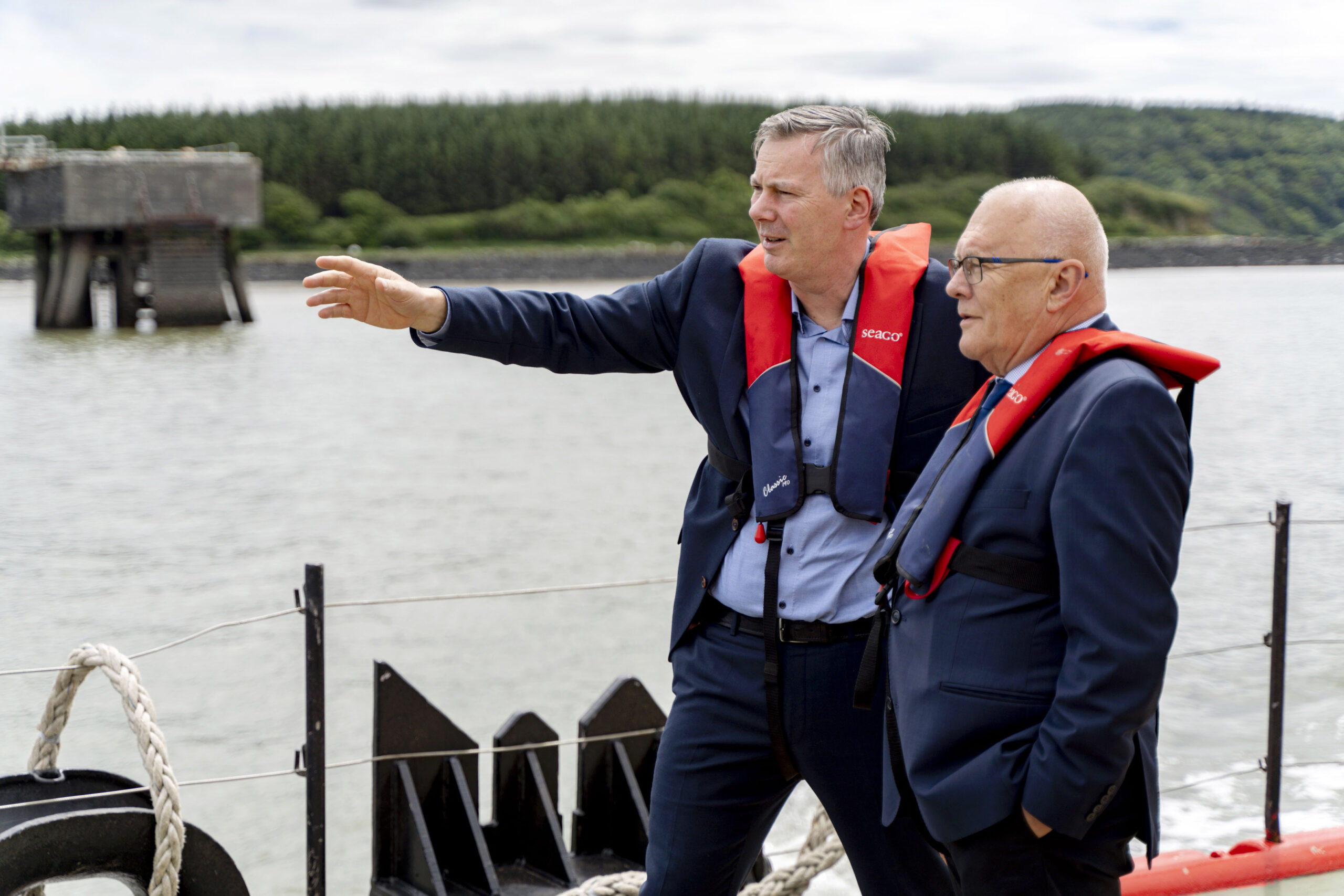 Professor Péter Balázs, European Coordinator for the North Sea-Mediterranean Core Network Corridor, said that the very ambitious plans of the Shannon Estuary port authority align with the overarching EU Green Deal strategy to become the first climate neutral continent by 2050 and the more recent RePower EU plan to transition away from dependency on Russian fossil fuel.

Speaking following a visit to Foynes, during which he was updated on progress in relation to projects jointly funded by the Connecting Europe Facility (CEF), Professor Balázs said that future funding applications must fit a number of key criteria, not least the importance of the wider project to Europe. Shannon Foynes Port Company’s plans, he said, go in the right direction.

Professor Balázs was also briefed about the porty authority’s plan to put in place €300m plus of essential infrastructure, to enable the Shannon Estuary to become a global renewable energy player and exporter of clean energy and fuels into Europe, as well as develop unitised cargo activity.

“This is my third visit to Foynes and I have been following the progress on its very ambitious plans very closely for several years and have been hugely impressed. When selecting projects, with regard to how best use the funding at disposal, the European Commission considers several key points, one of which is the European dimension of projects. Certainly, high on the agenda now is keeping with the EU’s The Green Deal. Other influencers now are, of course, adapting to the consequences of Brexit, which has fundamentally changed the geopolitical position of Ireland, the pandemic, which has interrupted many important supply changes, and now we have the impact of Russia’s invasion of Ukraine.

“Shannon Foynes Port’s strategy meets these requirements. When we came here first, Shannon Foynes was not on the map of the EU, but it was on the map of our long term thinking. We have extended the North Sea – Mediterranean corridor, which I am in charge of, to include Shannon Foynes, which increases the value of the Irish infrastructure.

“The complex thinking that is being engaged in here is ultimately in keeping with improving the environmental conditions all across Europe by facilitating the generation of renewables, using modern fuels, saving energy, transforming the modal composition of transport by pushing freight from road to rail and water. There is a very special emphasis on The Green Deal objectives and what’s happening here aligns with that.”

Ireland’s focus on becoming an exporter of green energy and fuels arising from floating offshore wind generation, Professor Balázs added, reflects very positively on its relationships within the Europe. “Ireland has been showing a good example. It is a good model in European cooperation. Something every member state could and should do is deepen integration within Europe, because in the fact of all the challenges we have today, it’s important to strengthen cooperation and Ireland is a good partner in that sense,” he added.

Shannon Foynes Port Company Chief Executive Pat Keating said that the visit was a timely validation of its strategy. “It’s five years since we had the opportunity to host Professor Balázs here and it was an opportunity for us to showcase the very positive impact of the funding we have received so far through the Connecting Europe Facility. The Connecting Europe Facility is a critical funding partner for us as we seek to put in place the infrastructure to realise the unprecedented opportunity we have from offshore renewables. This is opportunity is critical for the region, for the State but will also enable Ireland to become a significant contributor to the EU’s The Green Deal and RePower EU. We will be seeking EU funding for what we are trying to do but will be making a return back to Europe on that investment at a level perhaps not previously seen.”